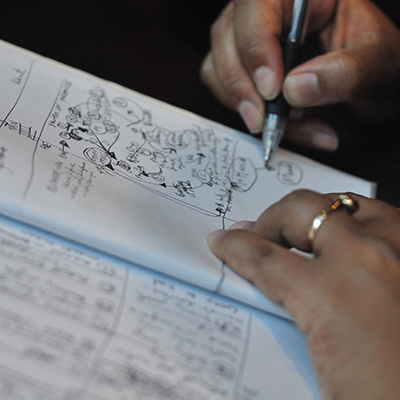 How do we live with uncertainty? Join Erinma for a journey into collective creativity and future rhythms, drawing on creative research into social movements and the ways in which black inventors innovate through storytelling, sound and technology. Turning the tables on the fourth industrial revolution and the impact of emerging technology, such as machine learning, on black lives, she invites a crowd to respond.

Erinma Ochu is a black filmmaker, curator and activist, trained originally in neuroscience and film. She is guest curator and critical friend to several festivals and cultural initiatives including Sheffield International Documentary Festival, Creative Scene, The Sick of The Fringe. She is co-founder of Squirrel Nation Studio, which last year was resident artist in The Stuart Hall Library/ INIVA. She queers science communication and future media, teaching at The University of Salford.